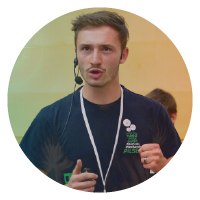 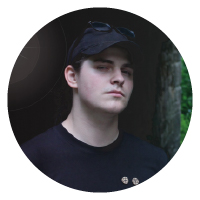 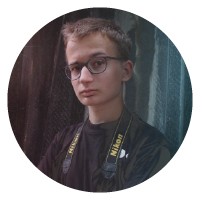 We are Tadeáš, Vojta and Štěpán and we have been passionate about social networks since high school. Most of us within the team have experience with the honest craft of influencing. We did it huge but we are kind of retired now. We also gained a lot of experiences from the corporate environment on social networks. We didn’t succeed in many things, but on the contrary, we shone in something. Today, we try to help people who are just starting out with social networks, or who don´t know how to get started. Unlike other courses, we want people to be able to touch marketing first and learn everything through practice.

Tadeáš: I had a giant problem with Instagram. I’ve heard thousands of advices and taken hundreds of courses, but it still didn’t help me. In such courses, they taught only theory. No practice. It mathers of course, but it’s not enough for me. When I’m learning something, I need to try it out. I’m not alone in this. So we created Content Combat, where people learn the theory, and then immediately try everything in the competition.

Tadeáš: The worst thing was waiting for the balls. Shortly, from the beginning I did not want to be at the forefront of such a project, because I did not believe in myself. Everything could have been a lot faster if I hadn’t been afraid, but it’s over. Before the first event, I was afraid that no one would come. Until the last moment of the first CC, I doubted if anyone would arrive at all. When people came, it was beautiful.

Tadeáš: The biggest fuckup was the loss of competition materials for the participants. When the second CC was running, I deleted the assignments for the competitors and I always plucked a few pages under the school desk on my knee a few minutes before the next assignment.

Tadeáš: It was great when I met the course participant after a few weeks … And she thanked me that CC really helped her.

Tadeáš: I would like Content Combat to be a big deal. The next step is an online courses, which will partially replace the theory at events and help beginners.
However, an important plan is the application that will work exactly like our competition … And most importantly, it will motivate people not to stop creating content!