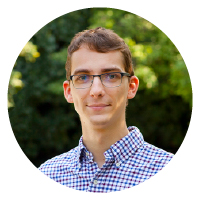 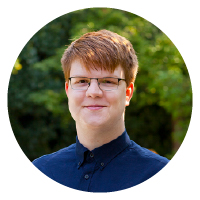 We are Lukáš and Marián, former classmates from FIT CTU and founders of the Dronetag start-up. We make sure that ordinary drones are a full-fledged part of air traffic by teaching them to communicate with each other. We use a self-designed and manufactured IoT device, which is placed on the drone and mediates communication with other pilots. In addition, we are developing our own web and mobile application, where users can make sure that they carry out their flight within the regulations and at the same time see the location of other drones on the map.

1.How did you get into what you want to do in business?

Lukáš: As a child, I was interested in modeling, which brought me to my first drone DJI Phantom 1 at the beginning of 2013. Thanks to that, I enjoyed aerial photography for a few years and then I passed my experiences in the form of workshops and lectures. During this time, I also managed to win a few awards (for example, winning the FotkaFilm competition at Dronfest) and got a lot of interesting contacts which we can benefit till now. However, we had the idea of ​​starting our own start-up together with Marián during the hackathon in November 2018 which was organized by the incubator of the European Space Agency (ESA BIC Prague). I did not have any own business experiences until that time.

Marián: I started working as a web developer in high school and during my studies at FIT I subsequently switched to leading several smaller projects. I gained experiences in project management and creating more complex web applications. In addition, I also began to focus on design, user interface design, and marginally, hardware. I also did business as a freelancer for a while, but the ambition to start a start-up occured after the hackathon.

Lukáš: Since I was in charge of the management and organization of the company, it took me a long time to orientate myself in activities such as founding a company, bookkeeping and other bureaucratic processes. However, my biggest concern was that we would not be able to finance hardware development from our own resources. Fortunately, a few months after  start, we managed to get into a business incubator and get the initial funds for development.

Marián: At the beginning, I had doubts whether our product makes sense and whether our work will be useful in a few months. In addition, I had to learn many new technologies in a short time. Except developing the software platform, I took care of creating a hardware prototype as well. However, after the hackathon, the reactions of our potential customers and partners were positive. That confirmed me to continue the project.

Lukáš: So far, we haven’t had a big deal. However, we experienced those smaller fuckups several times a month. Our specialty in this regard are presentations or live demonstrations. Before every event, we thoroughly prepare everything, test it and prepare various “what if” scenarios. Unfortunately, I always take care of the fact that a moment before the presentation I throw unexpected forks into it. I like to lose SIM cards, tear cables, destroy connectors, or disassemble a box.

Marián: As Lukáš already mentioned, smaller fuckups are mostly our daily bread. I remember, for example, a situation where I postponed the automated renewal of an HTTPS certificate for a web client until the manual certificate expired just before the live demonstration for Air Traffic Control. I would rather not go into more details about the various spells I performed on the prototypes with solder. I already tore off a few connectors too, maybe Lukáš and I should make a score table.

Lukáš: I consider our success in the Galileo Masters international navigation competition as our greatest success of all. Out of approximately 200 projects, we managed to win one of the three main prizes and thus obtain additional funding for development.

Marián: I am always very happy if we manage to win a competition or mention of us in an article. At the same time, I will always be pleased with any pettiness on our team Slack.

Lukáš: Due to the rapid technological development and the formation of new rules, I see huge potential in drones in the long run. Over the next year, we plan to obtain the first seed investment, which will help us with foreign expansion. At the same time, we are slowly preparing to become one of the first providers of U-space services in Europe. My personal motivation is that I like to move things forward, so as long as we have something to innovate in this field, I will devote myself fully to it. Our long-term vision is to cut a part of other IoT markets, but we are talking about the horizon of several years here.

Marián: In the near future, we are still working on the second version of the device designed for more demanding end users. There are countless possible innovations on the web platform and client applications, so we still have a lot of work to do. The longer-term goal is to provide pleasant and high-quality software that does not spoil the overall impression of our product and make it user-friendly. Personally, I am pushed forward by the desire to create a product that makes people’s work easier, solves their problems, and at the same time is popular.