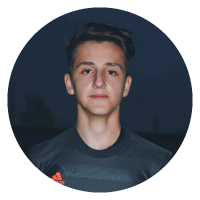 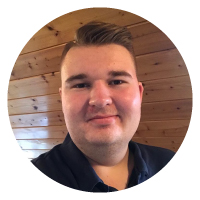 We are Honza and Martin, classmates from SPŠE, who went to the market with a smart keychain. We have both been studying Business in IT for the last, perhaps “successful” year. Me, Martin – I’m the author of the idea. I’m more through the business stuff of the project, besides, I sometimes throw myself into the graphics page and try to make Honza’s work easier. Honza – this is the technical type who turned my idea into reality. Often I don’t even understand what he can do. It takes care of all technical aspects – web, software, LostBox production, programming.

Lostik – a smart keychain and a card in the future. This smart keychain can be attached to everything – keys, backpack, etc. The keychain is connected via a unique ID to an online database, where our customer enters their data and can then easily get back to their belongings using a sophisticated system. Another upcoming Lostik feature is the electronic I.C.E Card / Electronic Senior Envelope, which should help IRS members identify the patient more quickly on departure, find out their medical history so that the best care can be provided, even if the patient is unconscious.

Honza: In the third year, we participated in the project of the JA Czech organization, which will allow you to start your own school company and “compete” with other schools for who will become the best student company in a given year and go to France to represent our country.
This competition has many categories and we tried to succeed in the category – Social Innovation Relay. We won the national round and thus received feedback and great feedback from the public. We thought of trying to translate it from a student project into a real product. So we signed up for the competition from T-Mobile, where we end up second. Among other things, we met Anna at the event – the project manager of SIT Port, who brought us to SIT Port community. There were more successes – we won the international round of JA Czech and the first Czechs to win the Best Social Innovation in the world. Thanks to our win, we were able to attend a business conference in Vienna and watch lectures from successful people (Google’s Chief Marketing Officer, Austria’s best entrepreneur,…). Thanks to that, I found in myself what I was looking for. And realized, I enjoy business and the creation of my own company in general.

Honza: The hardest part from the beginning was to get out of your comfort zone and start working on something we didn’t know if anyone would be interested.

Honza: It happened in JA companies, when we had a chance to go to France, but our ego and the belief when we won the Best Social Innovation, then no one has a chance to beat us, slowed us down. We lost, did not get to France, and thus lost the opportunity to show Lostik to international future sponsors.

Honza: When the media started writing about us and we found out that the work was worth it. Then a meeting with the Minister of Health, where we discussed our project.

Honza: Our goal is to expand LostBoxes outside Pilsen to the surrounding cities in the Pilsen region. The most important goal is to approve the possibility of using our product as an Electronic I.C.E card and thus save lives.